Although different sources disagree on the total number of autonomous workers today, since each one estimates an amount based on different standards, what is a reality is that this productive population grows every day, especially in a country where the economic crisis has reduced jobs. 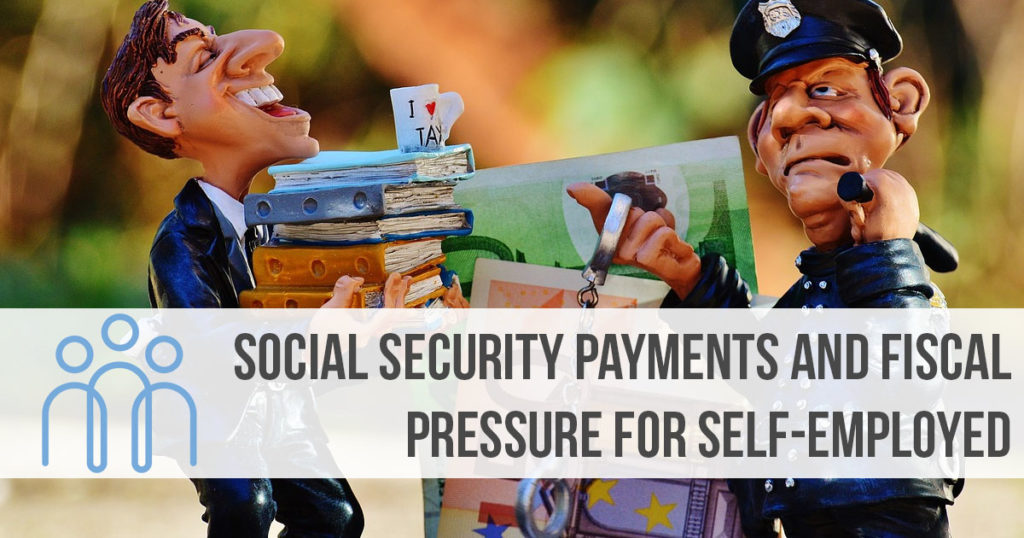 But as it happens anywhere, it is not easy to start a business as an entrepreneur and much less in Spain, considering that all those who decide to work on their own must comply with the payment of tax obligations before the Social Security. For autonomous workers, those obligations represent a monthly payment of “at least 29.8% of their contribution base” (2015) about 884.4 and 3,606 Euro. Increasing this contribution in 0.01% “to finance risk benefits during pregnancy and the risk during breastfeeding,” if these types of coverage were not previously chosen.

It is worth mentioning that all new autonomous workers are subject to a flat rate of 50 Euro for basic Social Security coverage. The recurring payment of VAT and IRPF (Income Tax Return for Individuals for its acronym in Spanish) must be added to all these expenses. We invite you to read the recently approved benefits for autonomous workers.

Unlike the rest of Europe, the load is heavier in Spain, so let’s review some examples:

In France: The quotas that autonomous workers must pay vary according to the profits, even as the French in this situation can enjoy the usual social benefits (health care and temporary incapacity or retirement).

In Italy: Autonomous workers must pay an amount based on their earnings (20%).

In Portugal: The difference is higher because in this country autonomous workers should only make payments to the Treasury once a year (24.5% of their annual income) because they do not pay VAT or have social contributions.

In Germany: Autonomous workers only must pay about 300 Euro per month to Social Security if the total amount invoiced is higher than 1,700 euros per month; if this does not happen the worker does not have to pay anything.

In the United Kingdom: It is work mentioning that autonomous workers in this country pay their contributions based on their income.

If you have a profit of less than £ 7,775 a year, you pay a fixed fee of £ 2.7 to the Social Security. The amount increases slightly (9%) if the invoicing exceeds that amount.

When profits already reach 79,000 pounds is the time when the autonomous worker must register what is known in Spain as IVA and in UK as VAT, which is paid at the end of fiscal year.

In the case of other places in Europe such as the Netherlands, the premium for private insurance for autonomous workers depends on their income, in addition to the fact that “the first personal income tax return is made five years after they register before the Treasury.”

These are just a few significant comparisons that make us pause to consider the conditions that are offered in Spain to a large group of productive people who only seek to survive the economic avalanche that wipes away the jobs available.

If you live in La Axarquía, in municipalities such as Alcaucin, Canillas de Aceituno, Vélez-Málaga or Torre del Mar, you can contact us for accounting or solicitor services related with autonomous workers.