The Beckham Law: How Professionals Moving to Spain Can Reduce Their Tax Burden

The popular Beckham Law Spain is named after British football star David Beckham. During the time he played for the Real Madrid team, Beckham was one of the first foreign citizens to benefit from the Spanish tax inpatriate regime.

Thanks to this regulation, Spain has managed to attract more than €2,000,000 during the last 3 years. 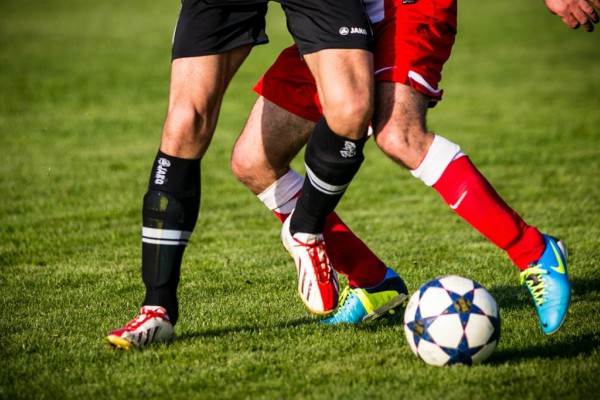 What is the Beckham Law in Spain?

“Beckham Law” is the name given to the Spanish Royal Decree-Law 687/2005, which intends to attract highly skilled professionals from abroad through tax benefits. This special tax regime treats foreign workers moving to Spain as non-resident tax payers. In this way, their tax rate is reduced from the usual 45-47% to 24% – concerning the income tax (IRPF). As the purpose of the Beckham Law is to attract high-income earners, the tax rebate only applies to expats who earn a maximum of €600,000 per year. However, in 2017 the average salary in Spain was €26,730.

What are the requirements to benefit from the Beckham Law?

According to LIRPF article 93.1 foreigners moving to Spain for work purposes can benefit from the Beckham Tax Law:

Need a professional consultation about the Beckham law in Spain?

How Spanish taxation can be affected by the Beckham Law

Depending on whether we apply the general tax regime or the impatriates tax regime, there can be significant differences in taxation. Whereas the general IRPF tax rate ranges between 45-47%, taxpayers subject to the Beckham rule will be taxed in this way:

Any taxpayer who is applying the Beckham Law and obtains capital gains from the property or asset sale in Spain will be required to pay tax on such capital gains obtained in Spain at a fixed rate of 19%.

Despite this, bear in mind that capital gains obtained outside Spain must still be paid to the corresponding country following their taxation rules. Not paying in Spain for all those incomes obtained abroad does not mean you do not have to pay taxes elsewhere.

Example: As you can see in this example of the Beckham Law Spain, the tax reduction becomes most interesting for high-earners.

How to apply for the tax reduction

Once approved, the Beckham Law starts to be valid during the year of the application and it continues to be applied for 5 consecutive years. For this reason, it is advisable to submit the 149 Form during the first 6 months of employment in Spain. The application will need to be completed with extensive details about the company, starting date, type of activity, job offer (in written)

Once Form 149 has been submitted, the Spanish tax office must issue a certificate within the 10-day period of receipt of the application for the certificate under the Special Regime of Impatriates, however in practice it usually takes between 1 or 2 months.

Model 151. Through this model, taxpayers under this special regime must declare annually their income obtained in Spain. The deadline for submission will be in general the same that is approved each year for tax returns (high-earns will usually have to declare income obtained in year 2019 between April and June of the year 2020 through form 151).

As long as the Beckham Law is applied, the taxpayer does not need to submit the annual Overseas Assets declaration (Form 720 Spain).

The tax agency will understand that if you have asked to be considered for this rule, your status will remain the same for the next 5 years. If for any circumstance the worker returns to his country of origin or decides not to apply this regime, he/she must notify the tax agency through form 149 during the months of November and December and it will be effective in th following year. Failing to complete procedure can lead to high tax penalties.

Causes of exclusion from the scheme of impatriates

In accordance with the binding consultation V2663-19 of 30 September 2019, the AEAT (Spanish Tax Agency) resolves that according to article 118 of the RIRPF (Regulation for the Income Tax Payment) the obtaining of income through a permanent establishment located in the Spanish territory is a ground for exclusion from the special scheme, in this tax consultation it is analyzed the tax situation of a taxpayer who was covered by the special scheme of Impatriates for the fiscal years 2015 to 2020.

However, in 2019, the employment relationship with the company that originated the inclusion in the said scheme has been terminated and a self-employed professional activity has begun, said new situation as self-employed is classified by the administration as an income obtained through a permanent establishment in Spanish territory, which according to article 93.1 c) of the LIRPF (Law for the Income Tax Payment) would cause the taxpayer’s exclusion from the special scheme of impatriates.

Taxpayers excluded from this special scheme will not be able to opt for its application again.

Downsides of the Beckham Law

The Beckham Law also has some disadvantages. Apart from paying taxes on the income generated in Spain, the worker will also pay on the worldwide revenue. Besides, taxation in the country of origin will depend on regional legislation. The existence of treaties and double taxation agreements between Spain and the country of origin will also have a relevant impact on the tax burden.

Soon after it was passed, it became obvious that the Beckham Law benefited the rich and famous football players from the Spanish Liga. For this reason, the first limit of €600,000 a year was imposed in 2010. In 2015, the conditions were modified so as to exclude professional athletes.

Nowadays, the Beckham Law remains an interesting option for highly qualified professionals and companies willing to expand or launch offices in a southern European country like Spain.

In case you are interested in exploring the best combinations that apply to your case, we invite you to contact the Tejada Solicitors team. You can also leave your comments in the section below this article.

Biographical Info: Rosana Tejada Crespo is a tax advisor holding a Master’s Degree in International Taxation. She specialises in companies and freelancers, tax regulations concerning foreign employees (Beckham Law), non-resident tax, inheritance tax and Spanish income tax. She is one of the founders of Tejada Solicitors, which comprises a group of English speaking solicitors, economists and architects.