How does Brexit affect?

The reality is that Brexit won in Great Britain, and its separation from the European Union shall be implemented soon. 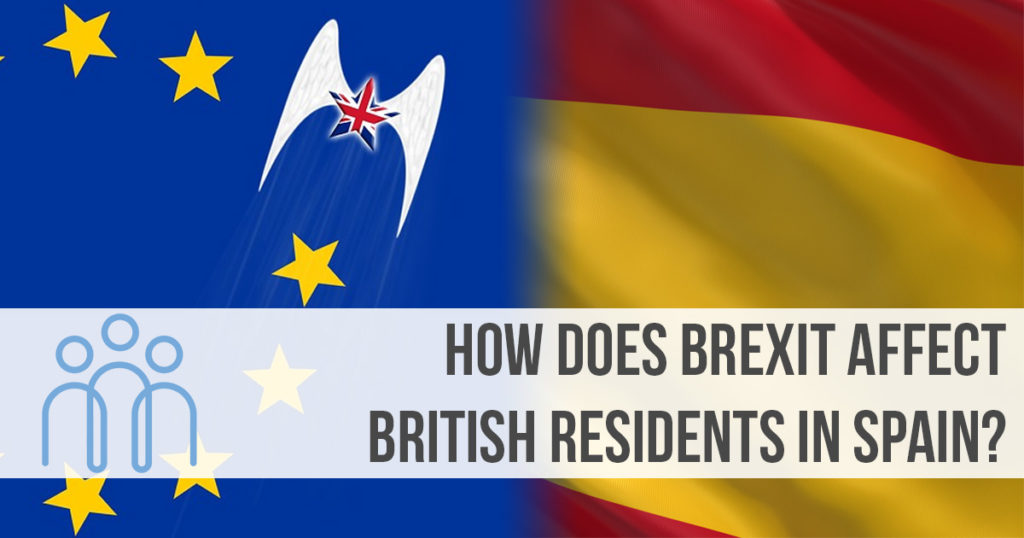 For that reason and anticipating the future relationships with the group of countries, a maximum period of two years has been established to define the details of those new ties or relationships that include free transit and trade, among others.

There are already 300 thousand British residents in Spain waiting for such negotiations (and out of those, 107 thousand of them are retired individuals who receive a pension).

If you are part of the British residents in Spain, specifically living at La Axarquía, in municipalities such as Nerja, Benajarafe, Competa or Velez-Malaga, you can contact us for accounting or solicitor services. Also, to have more details about how Brexit can affect your situation in Spain.

It is expected that the agreements between Great Britain and the EU maintain the advantages and achievements reached until now. The fact is that, beyond legality, this is about the life of each citizen involved.

For example, British citizens who have businesses in Spain have already contacted their accountants to understand how this measure will affect them.

In the meantime, pensioners remain uneasy in terms of the changes coming since many of them chose Spain to retire since the country represents and ideal option because they could have access to a good healthcare system, enjoy the nice weather and receive their pensions without considering any threats to their income (elimination of the free movement of capital).

It is worth mentioning another severe blow to the household economy of the residents, which is as important: they shall be affected by the increase in the telephone fees since they shall pay again the regular fee for calls between countries, thus, increasing the cost to keep their family ties. In sum, another obstacle to overcome for those who perceive their daily lives threatened.

Currently, these are uneasy times for British citizens living in Spain, who state that during the process for Great Britain to leave the EU, many fellow countrymen shall lose money when they negotiate their properties in Spain and face the return to their homeland filled with high property costs.

To complete an already bleak picture for Spain and according to a recent study, approximately 28% of British companies indicate that Brexit shall imply a decrease of more than 10% in their investments in the country.

Two of the heftiest taxes after the Brexit will be the non-resident tax and inheritance tax.Under current regulations, there is a 19% tax rate for non-resident contributors with properties in Spain. This would increase to a 24% income tax on non-residents following the Brexit.

Furthermore, those non-residents who rent their homes in Spain will not be able to deduct letting costs. Therefore, the contribution will increase following the Brexit, since the gross amount must be declared (currently non-residents need only declare their net income from lettings).

Regarding Inheritance Tax, Currently, in line with the ruling by the court of justice of the European Union on September 3 2014 (matter C-127/12), residents of member states of the European Union can apply the rates approved by the autonomous regions. Contrastingly, after the Brexit, the state legislation will be applied, which is considerably harsher.

To give an example, a British citizen who is not resident in Spain but owns a home valued at 125,000 euros in the autonomous region of Andalusia in the county of Velez- Malaga. According to the will, this home will be inherited by their wife so the inheritance tax contribution before Brexit is 0 euros. However, following the Brexit, the tax contribution will rise to 14,481.44 euros.

How will Brexit affect Expats?

Maybe two of the main reasons why Brexit has won is immigration and refugees.

Expats or British residents living in Spain, are extremely concerned about such matters as :

British pensioners living in Malaga are especially worried about the issue concerning health coverage, especially, because most of them cannot afford the costs of a private medical insurance. Besides, they also face the problem that Private Health Insurance Companies do not contract insurance policies with this type of users, mainly due to their advanced ages and their risk for chronic diseases. However, while the exit of the UK from the EU does not become effective, health care for British residents in Spain will be guaranteed.

After the Brexit, a possible option for health care coverage for “expats” would be to sign a bilateral agreement between Spain and the United Kingdom.

The economic and taxation consequences between a “hard” or “soft” Brexit will be also very different. The inflation and drain of investments are some of the indicators that the Brexit is on its way. Whichever the election is, we will have to wait to know the economic consequences of it.