Buy to let in Spain

This is an increasingly attractive practice for foreign investors including British, Irish, American, Belgian, and German. Costa del Sol is an opportunity to enjoy a second home in a warmer country and an opportunity to benefit financially by renting it out during the tourist influx. 🏠

There is a new trend in the tourism sector in Spain, where in recent years tourists prefer to book an apartment or villa near the beach instead of a hotel, this is another of the strong attractions that makes it interesting to buy to let in Spain.

If managed properly from a legal and tax perspective, such properties can be an attractive source of income, especially by exploring “buy to let” possibilities. After all, assets that are likely to grow in value are always the smartest investment.

As a well-known destination for holiday lettings, the region of Malaga and la Costa del Sol also stands out as one of the most profitable since the early 70’s. 320 days of sun a year, 70 golf resorts, and 150 km of coastline strongly increase the value of a property in the province of Malaga, whether it is in Mijas, Nerja, Benalmadena or Marbella. Water parks for families in summer, historical sites for pensioners in autumn, and trendy restaurants for young people offer plenty of outdoor activities for groups of all ages.

In Spain, managing buy-to-let properties demands a number of bureaucratic formalities that need to be completed wisely to ensure the profitability of the investment. In this article, we explain some of the most common mistakes to avoid when entering the market of holiday lettings in Spain.

Advantages of buying to let 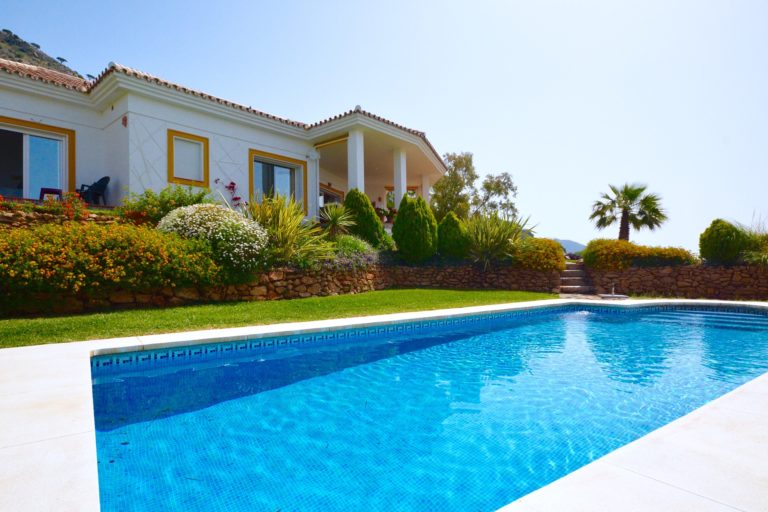 The high influx of tourists in Spain, specifically in destinations such as Malaga, Marbella, Mijas, or Nerja makes the buy let a safe bet for investors.

Malaga was chosen by the American magazine Forbes in 2020 as one of the best cities to live in, for having among other factors such a good climate, international schools, an international airport with excellent connections with other countries, a good health system, low crime rate and good quality of life. The price of the house, when compared to other countries of the European Union, is affordable.

It is the favorite destination to live in winters for many British, Nordic, and German retirees among other nationalities, which increases the demand for rental housing on the Costa del Sol.

Investing in a house is profitable thanks to the rental income. There are also many companies specialized in rental management, cleaning, and maintenance, which makes the task of renting easier. Even after periods of real estate crisis, housing is an asset that is usually revaluated, which means that the investor can obtain double profitability in the rent as in a future sale.

The Spanish Government through the Golden Visa grants residence to citizens from outside the EU (non-EU) who acquire a property in Spain (house, chalet, or apartment) with a minimum investment of 500,000 euros.

Interesting read about the Golden Visa in Spain

As a Spanish resident, you must pay taxes in Spain on all of your worldwide earnings. Furthermore, income from assets located overseas will be taxed jointly by Spain and the country in which the assets are located, in accordance with the double taxation agreements signed by Spain.

In the case of rental income from the United Kingdom, article 6 of the DTA (double taxation agreement) between the two countries will apply, requiring Spanish tax residents to declare and pay tax on their rental income in both the United Kingdom and Spain; to avoid double taxation, the tax paid in England will be deducted from the Spanish resident’s income tax return in accordance with the agreement and domestic regulations.

Long-term rentals of properties in Spain and abroad are eligible for a tax credit of 60% of the net rental income under Spanish tax legislation, and a mortgage tax allowance can also be claimed. For rural or urban, long-term, or short stay rental laws see our page on renting out property in Spain.

Citizens who rent long-term properties and are tax residents in Spain can ask for a 60 percent reduction on their tax returns. The tax discount indicated above does not apply to long-term rentals by non-residents [LIRPF, art. 23.2; LIRNR, art. 24.1]. In response to this discriminatory circumstance, the European Commission launched an infringement proceeding against Spain on March 7, 2019 (which is still ongoing), deeming it discriminatory that this decrease is not available to non-residents.

Location is important to guarantee a rental income. Check before buying to let, the profitability and the costs associated with the rental and maintenance of the house.

Install an alarm system. This avoids squatters occupying your house when it’s not rented.

In long-term rentals, non-payment by the tenant is a possibility, which may require the homeowner to file an eviction petition with the Tejada Solicitor office. We’d like to let you know that there are firms in Spain that insure this risk, and in the event of defaults or evictions, the insurance company will handle the process at no additional cost to the insured, and you’ll be assured of your rent.

Interesting read about The eviction process in Spain

Buy to let mortgage in Spain

Many banks in Spain are restrictive when giving a mortgage for the purchase of a property by non-resident residents in Spain; the duration of the mortgage will depend on the age of the applicant, but they are normally issued for 25 or 30 years on average.

The bank will decide whether it is suitable to grant the mortgage; by investigating:

It is important to research thoroughly the property you wish to buy and hire a professional to give you a market estimate (in Spain it is known as Appraisal).

Buy to let in Spain advice 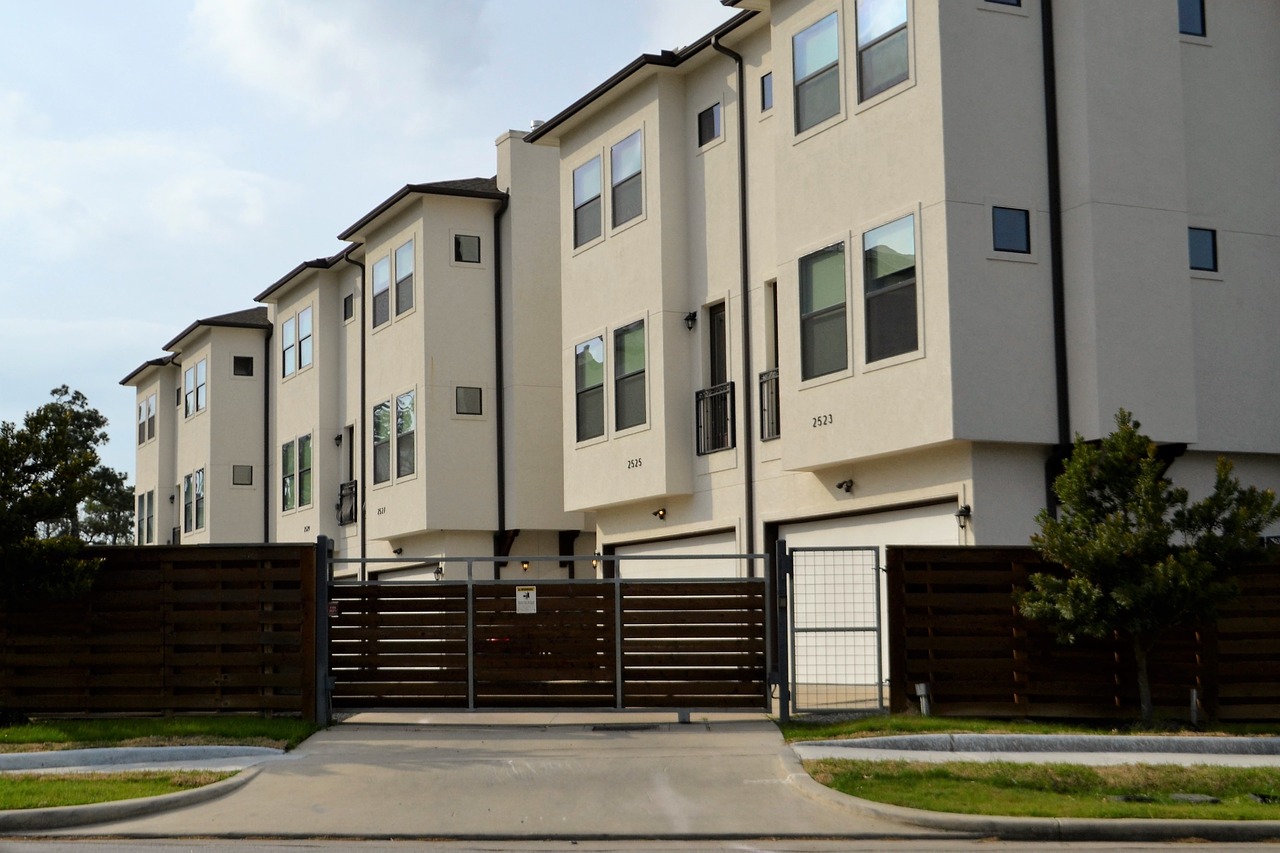 Some aspects worthwhile to consider before investing money in a Spanish property are:

Once you reach a final decision, you will have to address the basic legal steps for purchasing your dream house in Spain, which means:

If you are considering buying to let and decide to go with a tourist rental, it is critical that your lawyer confirms that the house can obtain a tourist license from the administration when negotiating the purchase of the house. The Law Firm Tejada Solicitors are experts in this area, one of the documents that must be checked before signing the contract for the sale of the home is the existence of a First Occupancy License and that it is also important to check that the community of owners has not tourist rental as prohibited or restricted by board agreement. Keep in mind that if once the home is purchased you cannot obtain the tourist license, you will not be able to use the home for tourist rental, and the investment may not be as profitable as originally planned.

Different scenarios can develop in terms of tax implications and the following regulations will apply to non-resident landlords:

The income from the rental of your home in Spain must be taxed in Spain, according to the double taxation agreement signed between Spain and your place of residence, as well as the Non-Resident Income Tax.

Rate of taxation that applies

Read more about the buying property after Brexit.

Going through all this process can be difficult without professional legal advice. Not only will you know what is happening at every stage but hiring an English-speaking lawyer will save you any possible misunderstandings with the locals, including the bank staff and tax authorities. Some other recommendations that apply to most cases are:

With a specialized tax advisor you can study the options described below and other options like tax relief by either:

Many Spanish banks are hesitant to give non-resident residents a mortgage for the purchase of a home; the length of the loan depends on the applicant’s age, but it is often 25 or 30 years.

Non-residents typically receive a mortgage of 50 to 60% of the appraised value, as opposed to the 70% for residents. Because each bank has its own set of rules, these percentages are approximate, thus the non-resident investor will need a larger savings account.

Investing in property in Andalucia is profitable even after a real estate market crisis. It is a tourist destination which guarantees rental income.

In terms of financial gain, it is better to buy in Spain and rent out the property for short stays during the tourism influx.

After a drop in 2019, Spanish home prices rose by 1.6 percent in 2020. The predictions don’t indicate another drop but as it stands the prices for housing in Spain are one of the lowest in Europe.