No doubt, the measure regarding the postponement of the autonomous workers, included in the Royal Decree-law 3/2016, has caused great controversy among the pymes (Acronym in Spanish for Pequeñas y Medianas Empresas: Small and Medium Enterprises)and small entrepreneurs. 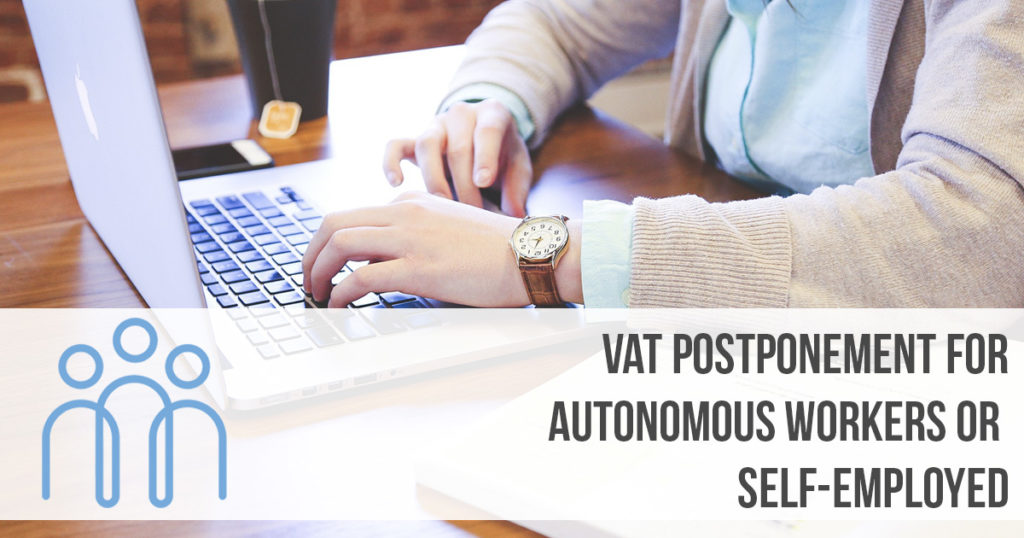 First, the government had decreed the admission of all postponements of debts provided that the contributor proves that he/she had not collected the tax rebate.

However, due to the various voices raised, the Ministry of the Treasury stated that internally, payments to the National Treasury may be automatically delayed in cases of debts up to 30,000 euros (with no need to submit guarantees).

Later, the Tributary Agency stated that the autonomous workers or self-employed may continue requesting postponements of their debts regardless of their amount of IRPF (Acronym in Spanish for Impuesto sobre la Renta de las Personas Físicas: Income Tax for Individuals) and VAT).

Thus, they clarified that the autonomous workers would enjoy the benefit for a maximum term of 36 months upon submission of guarantees.

If the requests not exceed the maximum (30,000), the Tributary Agency shall continue approving them for a term not longer than 12 months exempted from submitting guaranteed.

Doubts raised are almost normal regarding the legal character of the formula mainly based on the confrontation in an internal resolution of the Tributary Agency contradicting a regulating change of the General Tributary Law.

This is only one of the reasons whereby the autonomous workers doubt in carrying out the postponement proceeding; they fear to enter some kind of limbo since the official decree differs from the internal note of the Tributary Agency.

They assure that the postponement of the debts resulting from the VAT affects them more.

The measure presents a risk additional to what can be seen between the lines for the postponements are a usual practice used by the pymes and autonomous workers or self-employed who undergo finance difficulties.

Specialists consider that the measure affects all enterprises (the large ones as well) and different types of debt with the administration.

Autonomous workers may extend their instalments of VAT in addition to the instalments and fractioned payments of Income Tax for Individuals.  The pymes, in turn, may delay their VAT instalments and those of the corporations’ taxes.

Postponements are not free-of-charge mechanisms for contributors.  The Tributary Agency collects arrears interests set forth in 3.75%.

The Ministry of the Treasury, Cristobal Montoro, appeared before the Treasury Commission of the Senate; however, he did not reveal any additional detail about the VAT postponement, he only denied that the Government’s decisions on tributary matter created any legal insecurity whatsoever.

He assured that these postponements are foreseen to be carried out in 12 monthly instalments for the autonomous workers and 6 for the pymes. In addition, Montoro assures that this measure shall not be questions.

The autonomous workers continue to press for the government to include the internal regulations in the decree and thus avoid the dubious interpretations. Meanwhile, they must move between the two assertions not knowing in which one to believe.

The Comarca de la Axarquía, in municipalities like Alcaucin, Benajarafe, Algarrobo  or Torre del Mar are some of the affected places.

Are you affected for this case? Are you looking for an accountant or solicitor to assist you in this issue? You can contact us for more details.