The first point to clarify is that filing the Income Tax Return (IRPF, for its initials in Spanish) is mandatory each year. In other words, in 2017 we file the return for the year 2016. 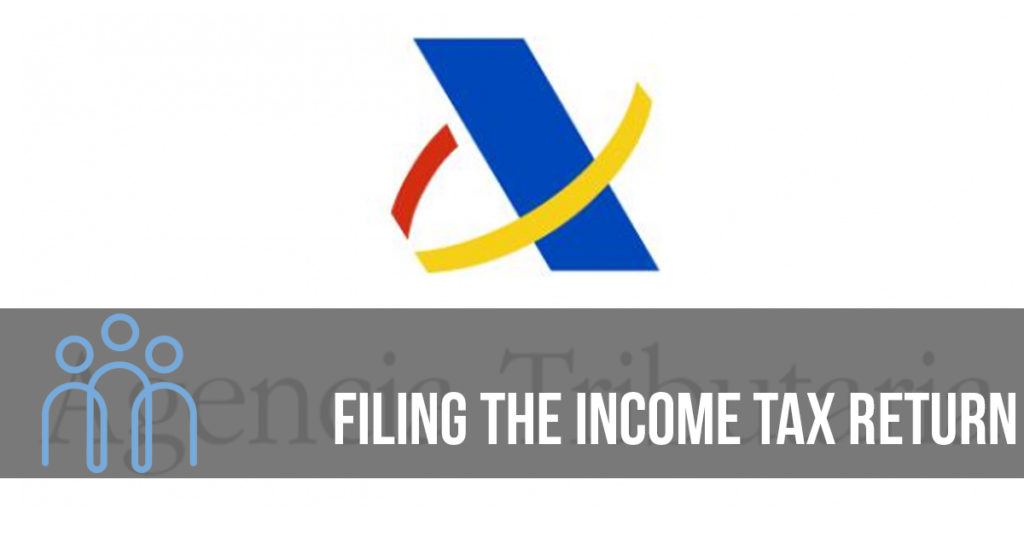 In 2016, the income tax return with the PADRE Programme ended, thus, beginning the implementation of Renta Web, which is a platform where taxpayers can file their income tax return, with a few exceptions such as those who obtained earnings from economic activities.

All citizens have the duty to file an income tax return, but without a doubt, it depends on their level income and the source of said income.

If you emigrated from Spain and you obtained earnings related to the concepts we specify as follows, you must file those under the non-resident tax and pay the corresponding taxes. Those who earned money with operations in Spain, work in Spanish territory, earned money from the rent of a house in Spain, “royalties or earnings satisfied by residents of Spain” or money originating from capital gains.

In terms of residence in Spain, the IRPF Law defines such figure in Article 9, stating that “shall be deemed as Spanish residents for purposes of taxes, those who remain more than 183 days a year in national territory,” in other words, those who spend most of the year in Spain. It is worth mentioning that those 183 days do not have to be consecutive days.

It is true that in some cases filing the income tax return is a simple task that can be done online or through an appointment at one of the offices of the State Tax Administration Agency (AEAT, for its initials in Spanish). On the contrary, due to the complexity of the return in other cases, for autonomous workers for example, it may be wise to resort to a fiscal advisor.

If this is your case, specifically at La Axarquía, in municipalities such as Algarrobo, Benajarafe, Torre del Mar, Torrox or Competa, you can contact us for accounting or solicitor services related to filing the Income Tax Return. We offer more details about it in this article about this topic. You can also find more information in a related blog post about tax return.

At the time to file the IRPF, the deductions represent the primary way to pay less taxes. Since 2016, deductions continue to be more limited than in previous years, and in general those apply to:

The income tax return may differ from one autonomous community to another, although there is certainly a common normative for the totality of the Spanish territory, which is divided into a state ruled section and an autonomous section (without ruling out that each region has a broad range to play with the deductions), thus, achieving fiscal balance.

It is worth considering these possible deductions to be applied to our is statement, since the AEAT Agent may miss them due to the little time he/she can dedicate to assist each taxpayer, so it could be a good idea to hire the services of a fiscal advisor.

Summary
Article Name
Income Tax return, Residence and other Tax Obligations
Description
The first point to clarify is that filing the Income Tax Return (IRPF, for its initials in Spanish) is mandatory each year. In other words, in 2017 we file the return for the year 2016.
Author
Rosana Tejada
Tejada Solicitors
Tejada Solicitors
Publisher Logo